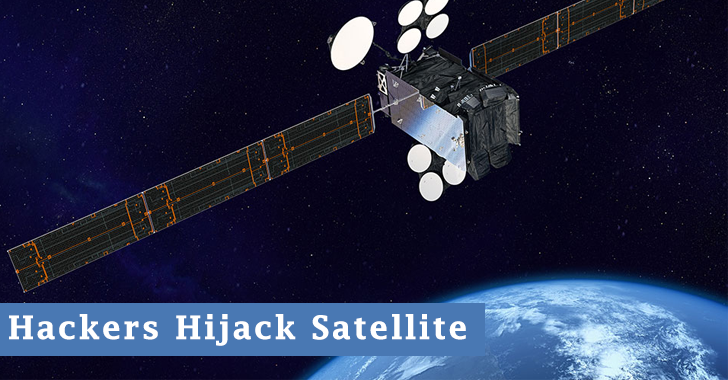 A decommissioned Canadian satellite was hacked and used to broadcast films. At the DEF CON hacking conference in Las Vegas, Karl Koscher, one of the members of a hacking enthusiasts group called Shadytel, give details on how he and his friends were able to legally stream from a satellite in geostationary orbit—35,786 km or 22,236 miles from the surface of the planet.

Koscher says, initially they accessed an unused uplink facility, a small shed with the hardware essential to connect to a satellite, which allowed them to broadcast signals to the decommissioned satellite.

The group of hackers had a license to use the uplink, and a lease on the satellite’s transponder, which is a unit that opens a channel between the receiving and the transmitting antennas.

“We had an opportunity to use a satellite that was being decommissioned […] we also had the ability to put our own content on there”, Koscher told Motherboard in an interview.

Hackers used a satellite called Anik F1R, which reached “end of life” status in 2020 and was set to go into a so-called “graveyard orbit” before it was hijacked.

HackRF One from Great Scott Gadgets is a Software Defined Radio peripheral capable of transmission of radio signals from 1 MHz to 6 GHz. It is intended to enable the test and development of modern and next-generation radio technologies, HackRF One is an open-source hardware platform that can be used as a USB peripheral or programmed for stand-alone operation.

As the hackers had control of this abandoned uplink facility, they just needed Hack RF software that costs around $300.

“Satellites basically just reflect whatever signal is sent up to them. There’s no authentication or anything. If you’re loud enough, and if there’s another user on that transponder, you have to shout louder than them. But if there’s no one there, [the satellite] will just repeat it”, Koscher.

Other than the stunt of streaming from space, Koscher said their research helped them understand how satellite transmission works. “There’s no authentication or anything,” he said. Even though you theoretically would need a stronger signal than anyone else trying to broadcast to a satellite, abandoned ones provide a unique and simplified opportunity for anyone looking to hack the planet.