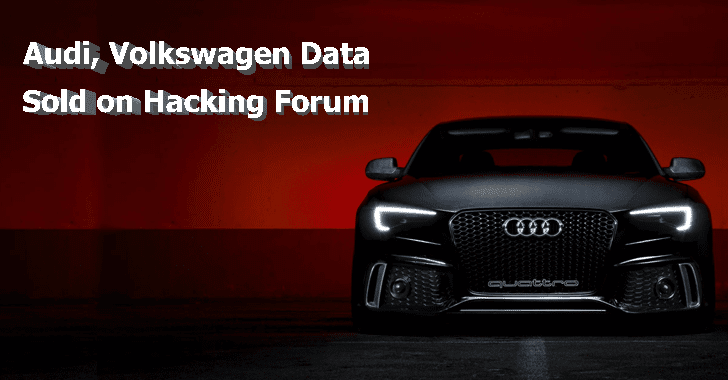 Audi, Volkswagen disclosed a data breach last week Friday, the hacker said that they have stolen more than 3.3 million customers and interested buyers’ details from an exposed Azure BLOB container.

A hacker who goes by the name [000] listed the data on hacking forums, according to the post the data contains more than 5 million records, with 3,862,231 records being leads and 1,792,278 records in the sales database.

The hacker [000], who is selling the data told Vince that with the help of another hacker they developed a script to scan the internet for exposed Azure blobs(Binary Large Object). It is a storage future of Microsoft Azure that allows the storage of large amounts of data.

The company said that the blob container was left unsecured sometime between August 2019 and May 2021, the stolen data ranged from 2014 until 2019.

The hackers asking between $4,000 and $5,000 for the whole database, they also posted two samples of the data, which included full names, email addresses, mailing addresses, and phone numbers.

The company alerted customers to watch for spam emails or other communications requesting sensitive personal information or other emails that opening links or attachments. There is a possibility that the data could be misused by attackers to conduct targeted cyber attacks.