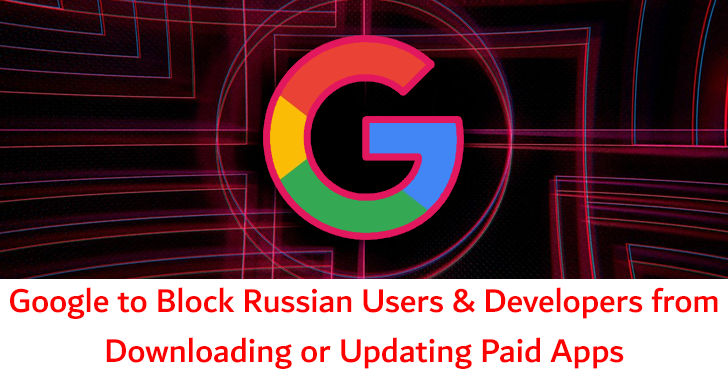 Google has blocked Russian users and developers from downloading and updating paid apps from the Google Play Store in an effort to put pressure on the Russian Federation for its aggression in Ukraine.

In accordance with the U.S. government’s “compliance measures”, the decision to change the regulation became effective on Thursday, 5 May 2022. This was in response to any sanctions imposed by the US against Russia.

There is still a possibility for Russian developers to publish free apps and update them. Users can still download these apps from the store without any restrictions.

The change in the subscription billing grace period has created a situation where users are no longer able to pay for subscriptions. But, Google suggests developers can grant free trials and grace periods as well, which will work for all.

Furthermore, users are also allowed to defer renewals for an entire year, which allows them to keep using the content without paying for it as long as they continue deferring the renewal.

Since March 10, Google Play billing was paused in Russia due to sanctions, preventing users from purchasing apps, games, or subscriptions.

It was announced on March 23 that, in response to the ongoing military conflict in Ukraine, Russia has blocked access to Alphabet’s news-aggregator service Google News and to news.google.com.

As a response, Google has taken steps against cyber campaigns disseminating disinformation regarding the Russian invasion. Moreover, Google also blocked the YouTube channels in Europe of the following media at the request of the European Union:-

It is worth noting that Google has already made a $15 million commitment to aid Ukraine’s humanitarian efforts.

In order to achieve any future income from Russian users, Android developers need to wait until the Russian troops leave the territory of Ukraine and the sanctions begin to lift.

DOJ: Doctor is the Mastermind of Thanos Ransomware Design...