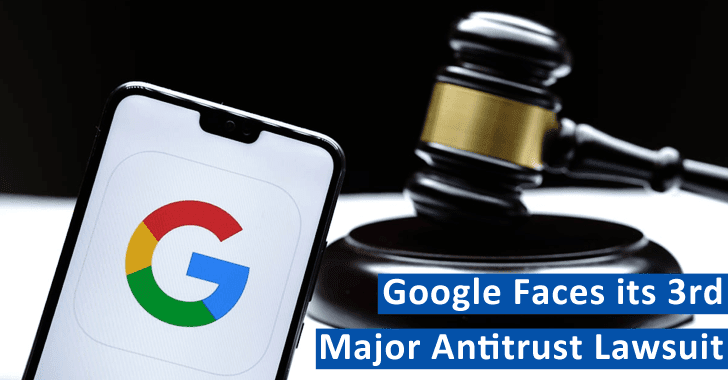 Recently Google faced the 3rd antitrust lawsuit, and it’s one of the major lawsuits for using Monopolistic powers to control different pricing. In this lawsuit, more than 30 states joined Google’s mushrooming legal miseries.

We have recently reported that Google Faces a $5 billion Lawsuit in the U.S. for Tracking When Users Browsing via “Incognito” Mode.

Similar to the recent lawsuit against Facebook for Illegal Monopolization, This lawsuit accused the Silicon Valley titan Google’s illegally determining its search results to accelerate out all the smaller competitors.

Google has some certain market powers that we have mentioned below:-

There are some anticompetitive effects that we have mentioned below:-

Initially, the lawsuits blamed Google for using its Search advertising marketing tool to critically limit the tool’s ‘interoperability’ with a competitor, thereby disadvantaging the advertisers.

Moreover, Google restricts the consumers from bypassing its general search engine and proceeding directly to their chosen target. The revenue of Google from search engines has grown 300% in the last decade and accounts for 61% of Google’s total revenue.

Apart from this, Google has a long-standing contract with Apple, for illustration, to be the default search provider on its results.

The claims that have been made by the court are mentioned below:-

However, many critics have disputed for years that Google, Apple, Facebook, and Amazon have created sprawling empires over the business, communications, and culture and then violated their growing power.

All these lawsuits designate a shift in government understanding of big tech firms being surveyed as monopolies that easily suffocate competition. According to the complaint, Google also contributes revenue share agreements along with other mobile manufacturers as well as carriers like AT&T, Verizon, and T-Mobile.

The whole state is urging the court to modify solutions, which also includes ordering Google to stop meshing in the claimed anticompetitive practices and even possibly splitting up the company.