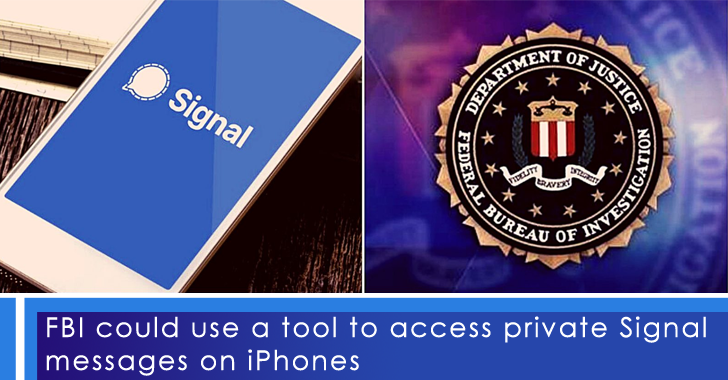 The court has recently published a document that affirms that the FBI may have developed a tool to access the Signal messages on iPhones. As hackers are now targeting messaging apps like WhatsApp and other apps for private forms of communication to steal users’ data from millions of users.

However, the threat actors are targetting the encrypted messaging app that has become quite popular in recent months for its strong communication.

The experts got the clues via Seamus Hughes at the Show on Extremism at the George Washington University.

The documents that came from a court contains screenshots of Signal messages between men arrested, in 2020, for running a gun trafficking operation in New York.

Everyone is wondering what the tool that has been formed by the FBI? It is likely to be one of two popular iPhone forensics tools that are used by the FBI, the Cellebrite UFED or GrayKey.

GrayKey is a tool that is designed by Atlanta-based startup Grayshift, and GrayKey has become one of the best choices of the FBI.

Apart from this, the FBI has spent hundreds of thousands of dollars on obtaining the tools, and it starts at a price of $9,995. However, the experts also assumed that GrayKey is the tool that has been used in the New York trafficking operation.

On the other side, Cellebrite is a very famous Israeli forensics tech provider, not only this but Cellebrite has long served American law enforcement, as well as the global police agencies.

Recently, in December Cellebrite had symbolized that it had developed “advanced techniques” to circumvent Signal encryption, although Signal had issued a statement hitting not just the company, it had also hit the media reports that had reverted the Cellebrite’s claims.

Moreover, a spokesperson of Signal asserted that it was the policy of Cellebrite that “not to comment on specific customers or utilization of their technology.”

But, still, the spokesperson also added that “law enforcement agencies are observing a speedy rise in the appropriation of highly encrypted apps like Signal by offenders who prefer to communicate, and transfer attachments and make it an illegal deals that they want to keep discrete and away from the sight of law enforcement.”