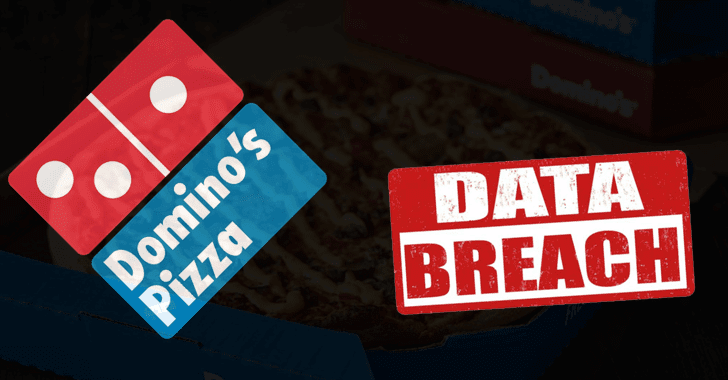 There is a data breach disclosed in the very famous food industry!, yes, it is the Pizza world Domino’s India. A data breach is revealed now after a threat actor hacking the systems and selling out the stolen data. Let’s dig more into the details of this breach.

The Threat of Releasing the Stolen Data

Back last month, in April 2021, a threat actor created a new topic on a hacking forum where they demanded to be selling 13 TB of stolen data, including details for 18 crores (180 million) orders and 1 million credit cards, from Domino’s India. This is huge for the hacking world!!

The Hacker doesn’t just stop by threatening only, but he went a step forward by sharing samples of the database structure for the allegedly stolen data. The threat actor was selling the data for approximately 10 BTC, or $380,000 at today’s rates.

Stepping Ahead on the Search Engine

Again now, in this May month, 2021, the same threat actors launched a Tor dark web search engine that permits people to enter their phone numbers or email addresses to see if their information is exposed in the database.

Any submitted data could be used for further malicious activity, mainly for phishing and smishing attacks.

Jubilant Networks, the master franchise owner for Domino’s Pizza in India, disclosed that they were hacked on March 24th, 2021.

Let us all be careful in looking out for emails and texts pretending to be from Domino’s and not provide any information, such as credit cards and passwords, this doesn’t apply to Domino’s site https://www.dominos.co.in/, be smart and save yourself!.