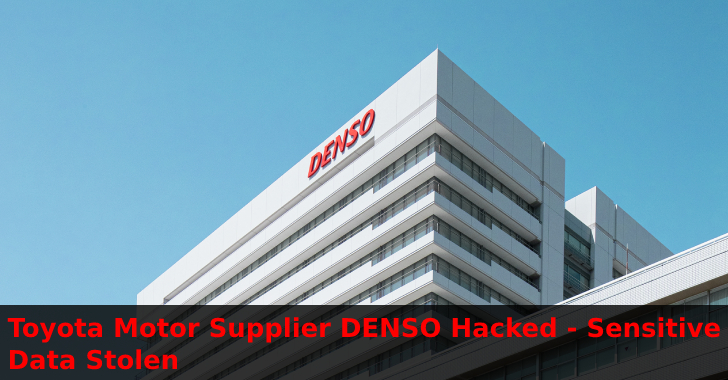 DENSO was one of the parent organizations of Toyota and is also an auto parts maker that supplies to many major automotive companies like Alfa Romeo, Toyota, Audi, BMW, Bentley, Bugatti, Ford, Suzuki, etc.

On Monday, the company confirmed that they have been hit with a cyber-attack on one of its group companies located in Germany. It was reportedly unauthorized access to the network by a third party. After the intrusion was detected, DENSO cut down the compromised system from the network and ensured that no other systems inside the facility were affected.

DENSO didn’t give any information on who was responsible for the attack. However, Mitsui Bussan Secure Directions, an information security firm said that the Pandora group posted a message on Dark Web, saying they have stolen 157,000 files.

The group also denoted that they have 1.4 TB of data that belongs to Toyota Motor group which includes Purchase orders, emails, and Blueprints. This group has a reputation for carrying out ransomware attacks.

It can be assumed that the DENSO hack must have given access to sensitive information about Toyota Motor group as they are one of the suppliers of auto parts to Toyota and also one of the parent organizations of Toyota.

Toyota Motor Group suspended its operations last month due to a cyber-attack carried out on one of its vendors. The vendor was later identified as Kojima Industries Corp was the major supplier of plastic parts and electronic components to Toyota.

The suspension made by Toyota made a loss of around 13,000 cars of output which will have a great impact on the company’s reputation and revenue.