Home cloud Can you DDoS the Cloud? – How Can You Harden Your Cloud... 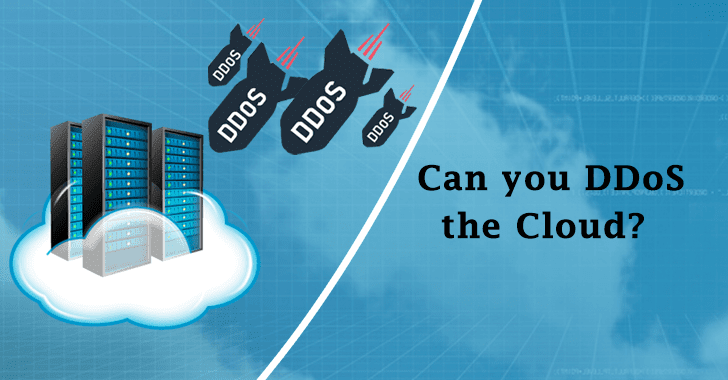 The pandemic has opened the doors to the world of cloud computing for many businesses. Global spending on public cloud services is projected to increase to $304.9 billion this year, an 18.4% rise from $257.5 billion last year. Remote working has been advantageous for companies and employees alike and is expected to continue at least partially, even after the pandemic comes to an end.

Although the pandemic and the subsequent digitization have transformed business for good, they have also led to a range of new threats. Businesses need to be proactive in order to ensure that they stay competitive in this new, and digitized environment. In this article, we explore the ways to strengthen the cloud against one of the most dangerous cyberattacks to exist – the DDoS attack.

Can you DDoS the Cloud?

Cloud Computing has proven to be extremely beneficial to businesses of all types and sizes. It is flexible, scalable, and ensures reduced IT costs and business continuity. One of the advantages cited when it comes to using cloud technologies is the increased security of digital assets. However, in the 2020 cloud security report, there were mixed reviews of whether cloud adoption will improve enterprises’ security.

This brings us to the question – can the cloud be attacked?

Unfortunately, despite its many benefits and its built-in security advantages, cloud environments are still susceptible to malicious cyber-attacks. Data breaches, injection attacks, insider threats, denial of service, misconfiguration, and account hijacking are some of the top cloud threats that exist today. One such threat is the DDoS attack.

DDoS attacks prevent regular internet traffic from reaching its destination by overwhelming the target server with an unexpected flood of internet traffic. They are known to be one of the most common attacks on the cloud and are severely damaging.

In order to understand why it is imperative to protect cloud assets against DDoS, let us first understand how this attack affects the cloud environment.

Effect of DDoS Attacks on the Cloud

When the workload increases on a service in a cloud environment, it will start providing computational power to cope with the additional load. This means that the cloud system works against the attacker, but to some extent supports the attacker because it allows maximum possible damage on the availability of the service, starting from a single attack entry point.

Cloud service consists of other services provided on the same hardware servers that might be affected by the workload from flooding. Thus, when a service tries to run on the same server as another flooded service, it can affect its own availability.

Another effect of flooding is increased bills for cloud usage as there is no upper limit to the usage. DDoS attacks also cause colossal damage to assets. Businesses have to spend large sums of money in mitigation to recover from the effects of the attack.

The inherent scalability function of cloud environments doesn’t provide guaranteed protection against DDoS attacks. DDoS attacks can affect cloud performance, cause financial damages and cause harmful effects in other servers in the same cloud infrastructure.

These attacks can severely damage and slow down the performance of your web applications. This affects your brand image and reputation which in turn leads to a loss of customers.

From the above list, it is evident that hardening your cloud environment against DDoS is vital to ensure business continuity and success.

What is System Hardening?

Securing a server or computer system by minimizing its attack surface, and potential attack vectors, is known as hardening the system. It’s a form of protection that involves patching system vulnerabilities that hackers often use to exploit and gain access to users’ sensitive data. It also involves turning off services that are non-essential in order to minimize the opportunities available to attackers to access mission-critical information.

How Can You Harden Your Cloud Assets Against DDoS Attacks?

As businesses around the world are migrating to the cloud, DDoS attacks are becoming more prevalent and frequent, and also more dangerous. Attackers sometimes combine methods such as SQL Injection and Cross-Site Scripting to make the DDoS attacks more malicious and powerful. These types of attacks are extremely difficult to mitigate.

Security solutions like an on-premises WAF fall short when it comes to defending against more complicated and volumetric attacks and are ineffective in protecting web applications hosted on cloud infrastructures.

This is where cloud-based DDoS protection services come to the rescue. Cloud-based solutions can mitigate volumetric attacks and they filter all types of traffic – legitimate and malicious. These solutions also come with a hassle-free migration and deployment experience.

Each of these solutions comes with specific advantages and disadvantages that you must evaluate before picking one that is best suited for your business. Indusface’s AppTrana is a market-leading security solution that provides cloud-based DDoS protection against all types of DDoS vectors. It protects the application end-to-end, with a completely managed, and unmetered DDoS protection. Moreover, it offers transparent visibility on DDoS attacks, with instant notification on potential DDoS attacks.

The future of cloud computing is only just beginning to take off and is filled with numerous opportunities for everyone, including hackers. In addition to opting for a cloud-based solution that meets your business requirements, it is also essential to regularly detect, prioritize, mitigate, and monitor the security vulnerabilities in your system. Cyber threats, especially threats against the cloud are constantly evolving and you can never be complacent about your security efforts.