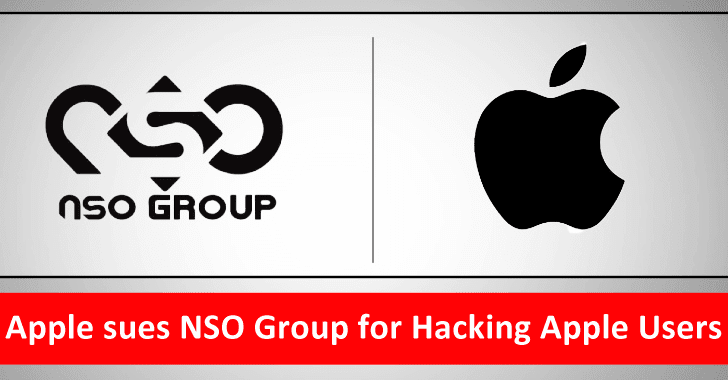 Apple sued NSO Group for exploiting Pegasus to hack devices and spy on innocent victims. Apple has registered a lawsuit against the Israeli manufacturer of commercial spyware NSO Group.

The NSO Group was sued earlier by Facebook for creating and using an exploit for a zero-day vulnerability in WhatsApp in May of that year. And now it has been sued by Apple, well it is the second major technology company to sue the NSO Group in the United States.

Apple has filed an official complaint in the U.S. District Court in San Francisco against the Israeli company NSO Group, following reports that its spyware was used to break into an iPhone belonging to a U.S.-based human rights activist.

However, the complaint adds all-new data on FORCEDENTRY; an exploit for a now-patched vulnerability that was previously used to break into a victim’s Apple device and install the latest version of NSO Group’s spyware product, Pegasus.

Not only this, but the complaint also asks to stop NSO Group from breaking into any other devices in the future. The exploit was originally recognized by the Citizen Lab, a research group at the University of Toronto.

Working along with Amnesty International, Citizen Lab, and others, Apple has recognized and responded to cyber-surveillance abuses and tried to help the victims.

But, to encourage efforts like these, Apple has decided to contribute $10 million. Apple will also offer resources to other organizations that are working to protect people’s privacy and security.

Apple claimed that they are honored to help the researchers at the Citizen Lab with pro-bono technical threat intelligence. Not only this, but Apple would offer the same assistance to other organizations doing critical work in this space.

The NSO Group had declared that it would work to reverse the U.S. decision to blacklist it. Not only this, but the NSO Group had also issued a statement saying the company was dismayed by the decision.